The effective adjustment of the rotational speed can ensure that even when the external load fluctuates or changes greatly during operation, the diesel generator set can adjust the fuel supply of the injection pump to ensure the stability of the rotational speed. So the solution to the stability of the diesel generator set is the governor with excellent performance.

When the diesel engine is running at high speed, the governor can effectively avoid the phenomenon of "flying", and it can also run very stably during idling.

At present, the governors of diesel engine sets are mostly governed by conventional PID control algorithms. This is the most common and longest-used governor scheme. However, PID is a control algorithm, and it is inevitable that there are certain inherent defects, which makes it impossible to achieve fast response and safety stability at the same time in the speed regulation process.

Fuzzy PID control is a kind of non-linear control. In addition to many systematic theories, there are many specific practical application cases. The core is fuzzy reasoning. When using fuzzy control methods, it is not necessary to establish the controlled object. Accurate mathematical model for non-linear, time-varying systems. The fuzzy control algorithm is applied to the engine idling control system. After many experimental comparisons, it is found that the fuzzy PID control algorithm has better control effect in terms of the speed adjustment of the diesel engine, and the nonlinear characteristics of the diesel engine show better operability And achievability.

But the only flaw is that fuzzy PID control has the same long time and poor fault tolerance as adaptive PID control and conventional PID control.

Artificial neural network control is an emerging engine speed control technology. It has strong learning and adaptability, high maintainability, and parallel problem-solving mechanism. This greatly reduces the calculation time compared with PID control. Increased the speed of response, making the speed regulation process more stable and safe. In addition to the advantage of speed and real-time, its storage mode is also distributed, which makes it very fault-tolerant and easier to operate. 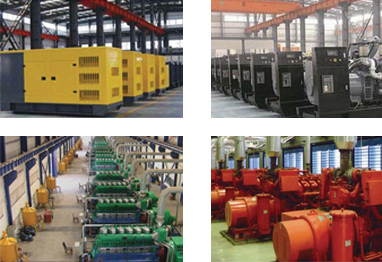 Jiangsu Starlight Power Group Committed to the research and development of diesel generator sets , production began in 1974, after nearly 40 years of development, has now become an outstanding enterprise in Jiangsu diesel generator sets .
The group is located in Guxi Industrial Park, Taizhou City, covers an area of 86,000 square meters, has a net asset of 450 million yuan, has more than 80 professional and technical personnel, 18 senior technical personnel, with an annual output of more than 12,000 sets of double-brand generator sets / sets, Products are sold at home and abroad.
about us