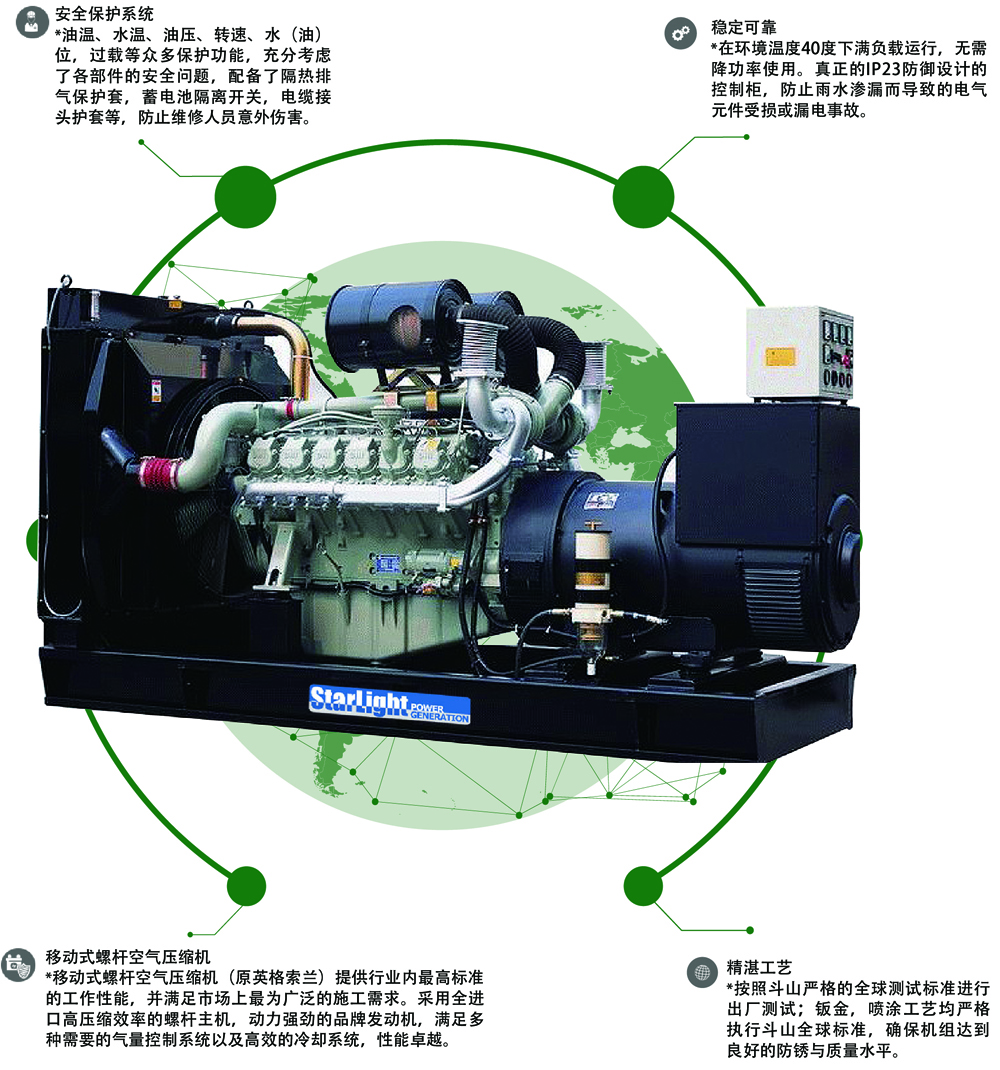 Korea Daewoo Co., Ltd. was established in 1937. Its products have always represented the development level of the Korean machinery industry, and have created recognized achievements in the fields of diesel engines, excavators, vehicles, automatic machine tools, and robots. Australia cooperated in the production of marine engines, and launched a series of heavy-duty diesel engines in cooperation with German MAN in 1975; the European Daewoo Plant was established in 1990, the Daewoo Heavy Industry Yantai Company in 1994, and the American Daewoo Heavy Industry Company in 1996. 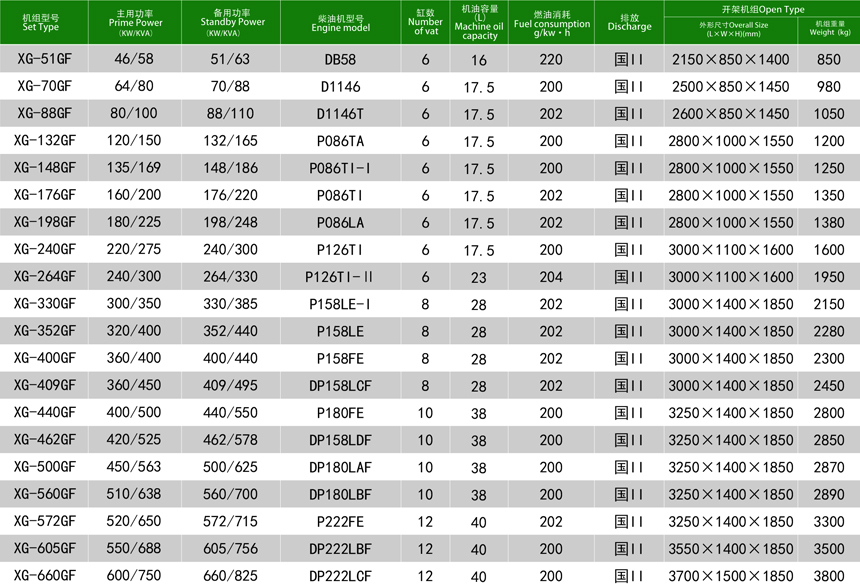 All the above generators have a frequency of 50Hz, a speed of 1500RPM, a rated voltage of 400V / 230V, a power factor of 0.8 hysteresis, and a connection method of three-phase four-wire.

The above product information is not used as delivery information. Due to the continuous improvement of the product, the company reserves the right of final modification without notice.